Already that headline would have a plethora of questions. Or some other profound expression to the idea of Cheese and Brexit.

With the somewhat unthinkable confusion of Brexit, simpler terms may be required.

Recently, I had come across The Times columnist Hugo Rifkind’s twitter post (as outlined on https://www.indy100.com/article/brexit-explain-cheese-submarine-twitter-thread-people-love-8680191 originally at Boredpanda.com) in which he had compared Brexit to a Submarine made of Cheese.

I found this rather humorous post more enlightening that I should have, however, no matter if the press is looking at Fields of Wheat, or a Vote of No Confidence, what matters in the situation we are in and what we can do about it.

Below is the exact wording from Hugo Rifkind’s Twitter page (https://twitter.com/hugorifkind)

“The thing is, the best way to understand Theresa May’s predicament is to imagine that 52% of Britain had voted that the Government should build a submarine out of cheese.

Now, Theresa May was initially against building a submarine out of cheese, obviously. Because it’s a completely insane thing to do.

However, in order to become PM, she had to pretend that she thought building a submarine out of cheese was fine and could totally work.

“Cheese means cheese,” she told us all, madly.

Then she actually built one.

It’s sh*t. of course it is. For God’s sake, are you stupid? It’s a submarine built out of cheese.

They’re all lying, and they know it. So does everybody else. We’ve covered this already, I know, but it’s cheese and it’s a submarine. How good could it possibly be?

Only she can’t call them out on this. Because she has spent the past two years also lying, by pretending she really could build a decent submarine out of cheese.

So that’s where we are.

On balance, I this analogy works fine, perhaps except for the submarine and cheese parts which need a little work.

Firstly, I’d like to state that the above is exactly as written, apologies for the profanities.

Rifkind makes a fair point here, irrespective of the promises made, or what we would be getting back, another issue I’ve seen that has arisen is that the cost of travel to Europe would require an ESTA style visa aptly named the European Travel Information and Authorisation System (ETIAS), thus costing a person 7 Euros to enter the Schengen area and fill out an online form ahead of their trip and apply for the travel authorisation. As this would affect Britons with a UK passport, those cheaper holidays and quick getaways are going to get slightly more expensive, especially for families who would require multiples.

Although a saving grace for those with Dual Nationality, British and European, it may well mean freedom of movement may still apply.

This information was based on 13/11/18, more recent information 22/11/18 states that visa free travel may still be an option if the draft Political Declaration is adopted by both sides.

Now we have staunch Brexiters still driving home that Brexit means Brexit and the c.52% of the voting population can’t be wrong. But as we’ve seen, investigations into criminal activity, Court Hearings etc; seems to be paving the way for a nullification, are the news outlets reporting the impact of those on Government and PM May’s actions? It doesn’t appear so.

Lastly, the referendum may have been won by Brexiters based on false promises, although there are people more educated than I, representing the country and making decisions. Who am I? and what can I do to change it if I don’t like the result? Nothing I hear you say, yet the Conservative party had a Vote of No Confidence in the Prime Minister.

Seems a bit excessive, no?

Referendum, Brexit Won, General Election, May and Conservatives Won, Vote of No Confidence, May still in power.

So the public can’t have another referendum? May states that it would cause “irreparable damage to the Democracy”.

What we have to remember is the PM is not just negotiating with the EU, but with all the Countries within the EU

Until we really know what is going to happen post March 2019, here’s a bit of hope for everyone who voted Remain.

BBC News reported on 04/12/18 that the option delivered by the European Court of Justice’s advocate general sated that the ECJ should “declare that Article 50 allows the unilateral revocation of the notification of the intention to withdraw from the EU”.

Sky News later (10/12/18) reported that the ECJ had “ruled the UK can revoke Article 50 and halt Brexit without the permission of the other member states.”

It all seems to be a bit of a ticking time bomb.

But for now, Cheese Means Cheese 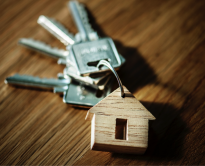 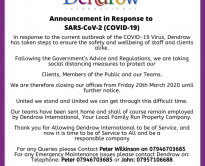 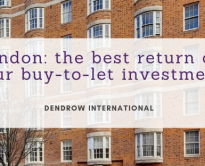